Straight Path to Success Not Necessary

In April, I had two opportunities to appear before groups of high school students. One was to speak to a marketing class and the other was for Financial Literacy Month.

The objective on both occasions was to instill a greater understanding in these 16-18-year-old students regarding the professional opportunities that lie ahead, in whichever career path they select, and the importance education plays in building their skillsets.

What I’ve learned is that the professional path most of us took to get where we are now, doesn’t always—or even typically—move in a straight line. Diversity of skills and experiences among my team of fellow strategic communicators at Butler Associates is the key to what makes our campaigns have greater impact for the clients we serve. 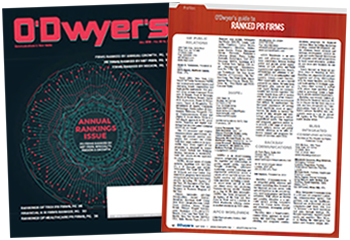 For me, the journey began with the study of Economics. How odd was it that a young man who’d expected he’d wind up on Wall Street—and had worked on the floor of the New York Stock Exchange for a summer during college—would instead wind up in media communications.?

But those are the paths that eventually intersected.

A beehive filled with top journalists

My own career began in the press office of New York City Hall, dealing with government and elected officials, public hearings and learning about strategic messaging regarding legislation and the operations of government. It was also a place that afforded daily interaction with some truly remarkable and esteemed journalists.

In the late 1980s, New York City had multiple daily newspapers with circulations close to or exceeding a million daily readers: The New York Times, Daily News, Post, Newsday and so much more. In New York, they say, all roads lead to City Hall, and it was truly a great place to cut your teeth in the media world.

The reporters covering the business of New York City were seasoned veterans in chronicling and editorializing about politics, real estate, business, taxation and finance. I believe the New York Times alone had four reporters assigned to the bureau and a columnist or two who’d be there on occasion as well.

City Hall in lower Manhattan—which was only a five-minute walk to the major financial markets: NYSE, the American Stock Exchange or the Commodities Exchanges —was also a magnet for street and political theater, as an impassioned press conference or a well-executed publicity stunt could garner major headlines. We lived and worked there day after day, alongside so many members of the press who also called this beehive home.

Our public and media events included U.S. Senators, famous magazine publishers and billionaires, the first U.S. visit by Nelson Mandela, and one including the greatest living heavyweight boxing champs of the last 50 years, all above and beyond the fascinating business of the day. It was undeniably a magnet for the famous, successful and influential of the city.

My schooling had certainly not prepared me for this diverse universe, nor gotten me there. Instead it was youthful curiosity, interest and family background centered in and around politics and the feeling that, hey, why not give this “press office thing” a try, because if doesn’t work out after a few years, Wall Street and a career in banking will still be there.

With this rapid-paced environment of shaping client announcements, scheduling press conferences, working on the infrastructure of public events and ghostwriting, it’s rather easy to expose the skillset deficiencies in any young aspiring communications staffer. A fast-paced newsroom environment serves as an ideal backdrop to the equally active agency world.

It’s not just writing, but learning to pitch, how to compose effective bylined or opinion leader articles, linking your message and clients into breaking news cycles. The continuing transition and expansion of digital news delivery has rewritten the playbook, speeding up the learning process and forcing veteran practitioners to constantly adapt.

Going back to that business degree, it has served me quite well, given that a significant part of our growing communications practice is focused on clients in the world of finance, business, real estate, infrastructure, construction services, hospitality and the legal profession.

Having the capability to link CEOs and top industry executives into the news, offering expertise about business events, economic data and happenings, has kept their names and faces on a heavy rotation of influential business news channels and columns.

And as for the floor of the New York Stock Exchange, where I once thought my future would lie, it’s instead my present, although more as a financial newsroom.

Just a few weeks before, we were there with the CEO of an infrastructure finance firm who was announcing the launch of a new initiative to invest in Public-Private-Partnership infrastructure projects all across the United States. His investors are college endowments, hedge funds and others who see the value in the investment community stepping into roles that were once only addressed by government.

Once hoping to be among those who built a financial career from the dynamic action taking place on the floor, now we were able to use it almost as a soundstage to broadcast favorable messaging for our clients.

From ringing the closing bell on the NASDAQ Exchange, to stories of our clients’ success running across the stock ticker at the NASDAQ Market Site in Times Square, I’ve been able to combine the preparation from my younger days with the reality of my current work to bring clients into that space to help them propel their messages.

Three decades after entering the professional communications world, I can look back and recall countless client experiences, journalist interactions and winning campaign results, and a few occasions when prudent advice was offered, but clients simply chose to go a different route.

While the study of other professions, be they accounting or law, does perhaps have more of a straight path, as strategic communicators it’s exactly our diverse backgrounds —and constant on-the-job-learning—that give our guidance and counsel greater strength.

Thankfully, on my way up in this business, I had the good fortune of smart and kind mentors that took the time to guide and direct me. They saw a hustle and a willingness to work, an until-I-got-it-right attitude. While I might’ve blushed back then, when told there was a better way to get something done, lessons from those more experienced peers and mentors do make up the success we build to reach the height of our careers.